Tea, as we know, is from southern China, it is one of the cultural roots of the Han culture. Its golden color has seduced Asia, as well as western countries which consider it to be a symbol of social status and taste: Fortnum & Mason in the U.K. and Mariage Frères in France are well-known examples. Japan sharing with us many cultural traits, has undoubtedly perpetuated the tradition of the ceremony of Tea while adding the spirit of Zen into it. Although in Taiwan, we pride ourselves to be a country of cultural sophistication, however, until now, there was not any significant Tea brand of our own, positioned on the international stage.

Wang Chen Tsai-Hsia, Designer in Chief, founder, and soul of Shiatzy Chen. has always dedicated herself to the renewal of Chinese fashion. After 41 years of leadership in the world of fashion, she spent more than 2 years of reflection to create a new brand “Cha Cha Thé” in a different field, hoping to found new inspiration in developing Chinese esthetics. 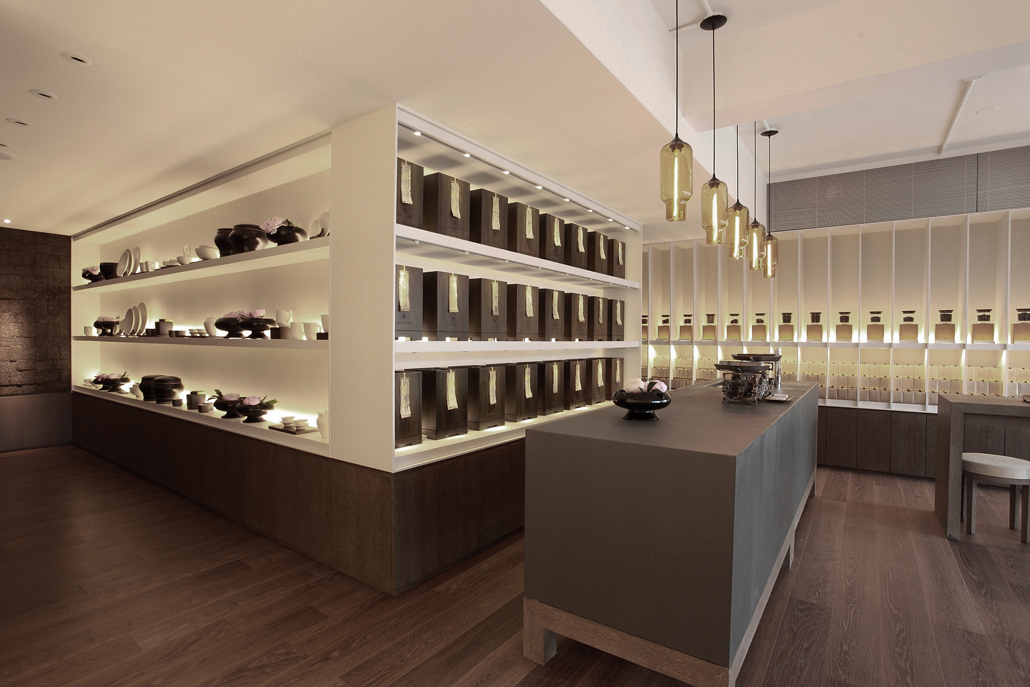 Inspired by “Nature” as a health concept, we have chosen 36 enjoyable and fashionable teas, inviting our client to the experience of Tea Tasting. Oolong of Alishan, for example, is vastly appreciated by both locals and foreigners; Oriental Beauty, a tea produced in Taiwan (Formosa) only, was one of the favorites for Queen Victoria, its sweet scent is full of seduction. As for the techniques of tea making, we have also combined the best of western and Chinese practices in terms of quantity, temperature and time control, all these in combination with “sur mesure” Cha Cha tea utensil inspired by the designs of the five best pottery factories of the Song Dynasty. With Cha Cha Thé, drinking tea becomes a colorful experience, as well as a journey between Eastern and Western culture. Perpetuating timeless tradition, Cha Cha Thé makes you listen to the calm and subtle music of Nature. 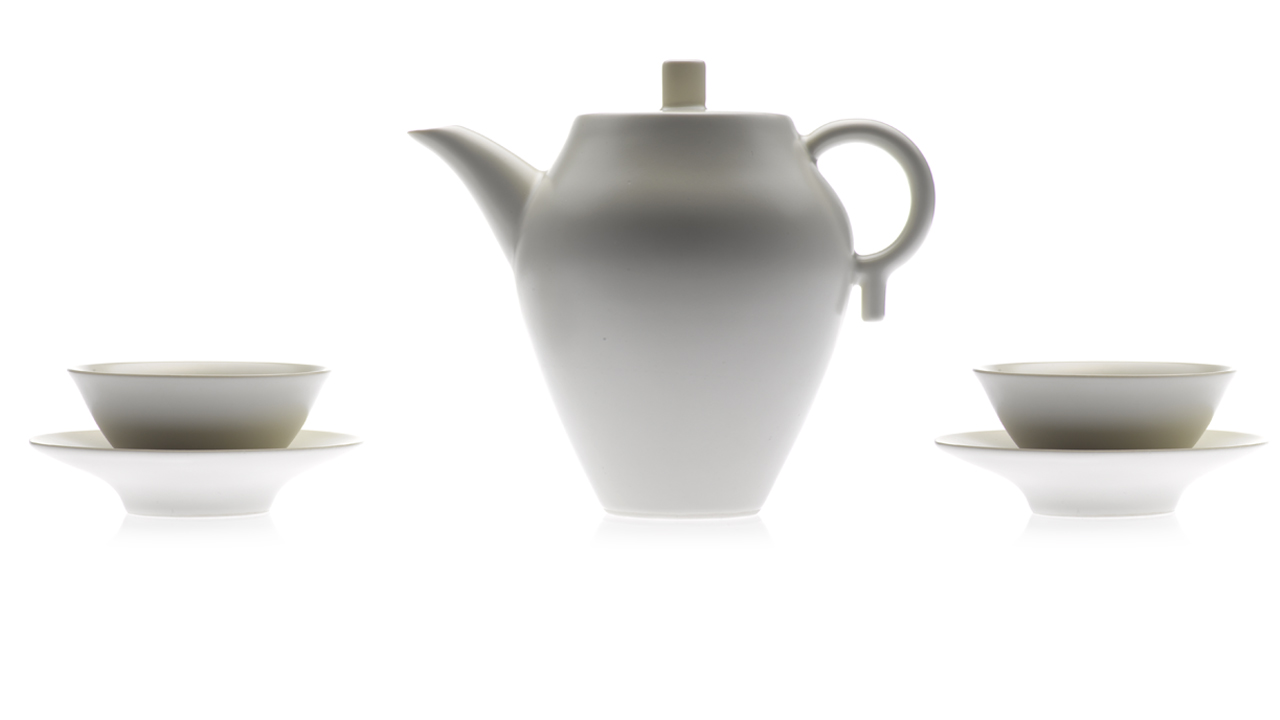 Deeply moved by the timeless tradition of the Han culture, CHA CHA’s founder, Mrs. Wang Chen Tsai-Hsia, has dedicated her life and her work to the renewal of Chinese culture. Indeed, “Cha Cha Thé” is not only about tea, but it is also about perpetuating the beautiful and tasteful values in China. As the poet Huang Ting-Jian so nicely put it, we would like to introduce you to Chinese culture, in a way such as” The breeze is still, yet we are fascinated; Spring is silent, yet Nature is renewed.”

Located in the eventful atmosphere of the Da-An Road, Cha Cha – The Store is a peaceful and green oasis hidden in the middle of the city. At first sight, visitors will be intrigued by the sumptuous interior, seduced by the“Shiatzy” cultural touch.

World-renowned architect Johannes Hartfuss designed an original space for Cha Cha – The Store. On display in the entrance are Mrs. Wang Chen’s personal collection of antiques, the interior made of oak subtly suggests the cherished value of humility in Chinese culture, making for a space full of poetry. Also by one of the greatest contemporary interior designer, Jaya Ibrahim, Cha Cha– The Store has this distinctive style, combining western and Chinese influences. Entering this place decorated with Satin Sheen Gold and Dark violet, one can forget about the anxiety of life, and simply admire the beauty of a wall made of tea bricks.

back to front page 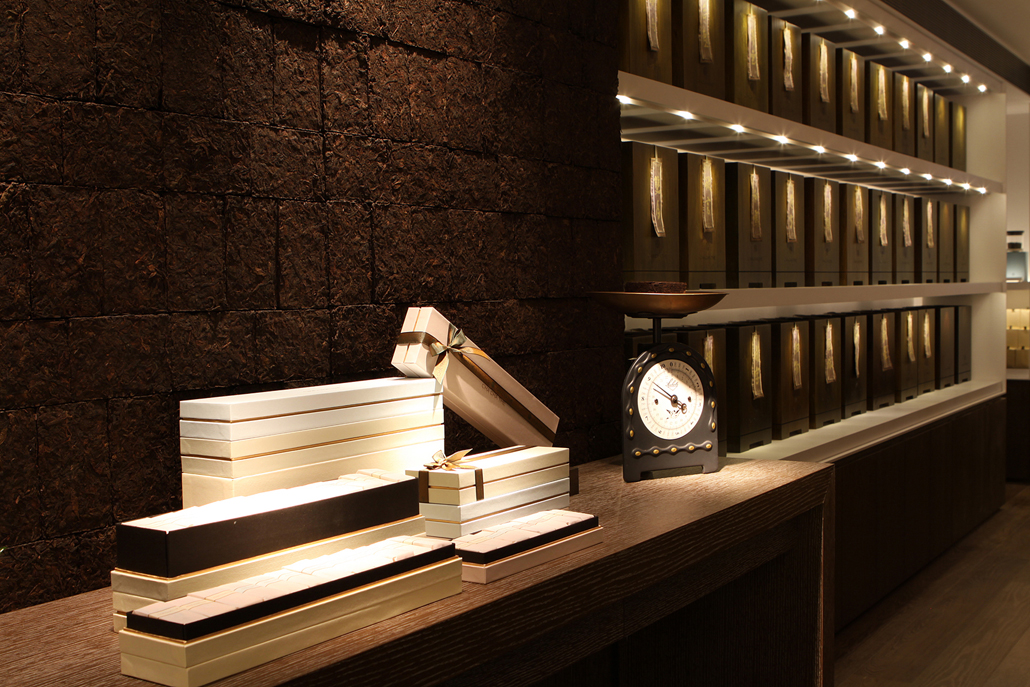 Scroll to top
Free shipping for order above NT$5,000
×