Tea, as we know, is from southern China, it is one of the cultural roots of the Han culture. Its golden color has seduced Asia, as well as western countries which consider it to be a symbol of social status and taste: Fortnum & Mason in the U.K. and Mariage Frères in France are well-known examples. Japan sharing with us many cultural traits, has undoubtedly perpetuated the tradition of the ceremony of Tea while adding the spirit of Zen into it. Although in Taiwan, we pride ourselves to be a country of cultural sophistication, however, until now, there was not any significant Tea brand of our own, positioned on the international stage.

Wang Chen Tsai-Hsia, Designer in Chief, founder, and soul of Shiatzy Chen has always dedicated herself to the renewal of Chinese fashion. After 40 years of leadership in the world of fashion, she spent more than 2 years of reflection to create a new brand “Cha Cha Thé” in a different field, hoping to found new inspiration in developing Chinese esthetics.

“Cha Cha” is an expression taken from the poem “Chou Nan．Fu Yi ”in the Classic of Poetry. Literally, its meaning is one of magnificence and abundance. As a consequence, we chose it to symbolize Chinese culture’s beauty and the close relationship between Tea and Courtesy in the Han culture. Our logo invites everyone to the romantic sight of water flowing between terrace tea fields with minimal, yet poetic lines.

Inspired by “Nature” as a health concept, we have chosen 36 enjoyable and fashionable teas, inviting our client to the experience of Tea Tasting. Oolong of Alishan, for example, is vastly appreciated by both locals and foreigners; Oriental Beauty, a tea produced in Taiwan (Formosa) only, was one of the favorites for Queen Victoria, its sweet scent is full of seduction. As for the techniques of tea making, we have also combined the best of western and Chinese practices in terms of quantity, temperature and time control, all these in combination with “sur mesure” Cha Cha tea utensil inspired by the designs of the five best pottery factories of the Song Dynasty. With Cha Cha Thé, drinking tea becomes a colorful experience, as well as a journey between Eastern and Western culture. Perpetuating timeless tradition, Cha Cha Thé makes you listen to the calm and subtle music of Nature. 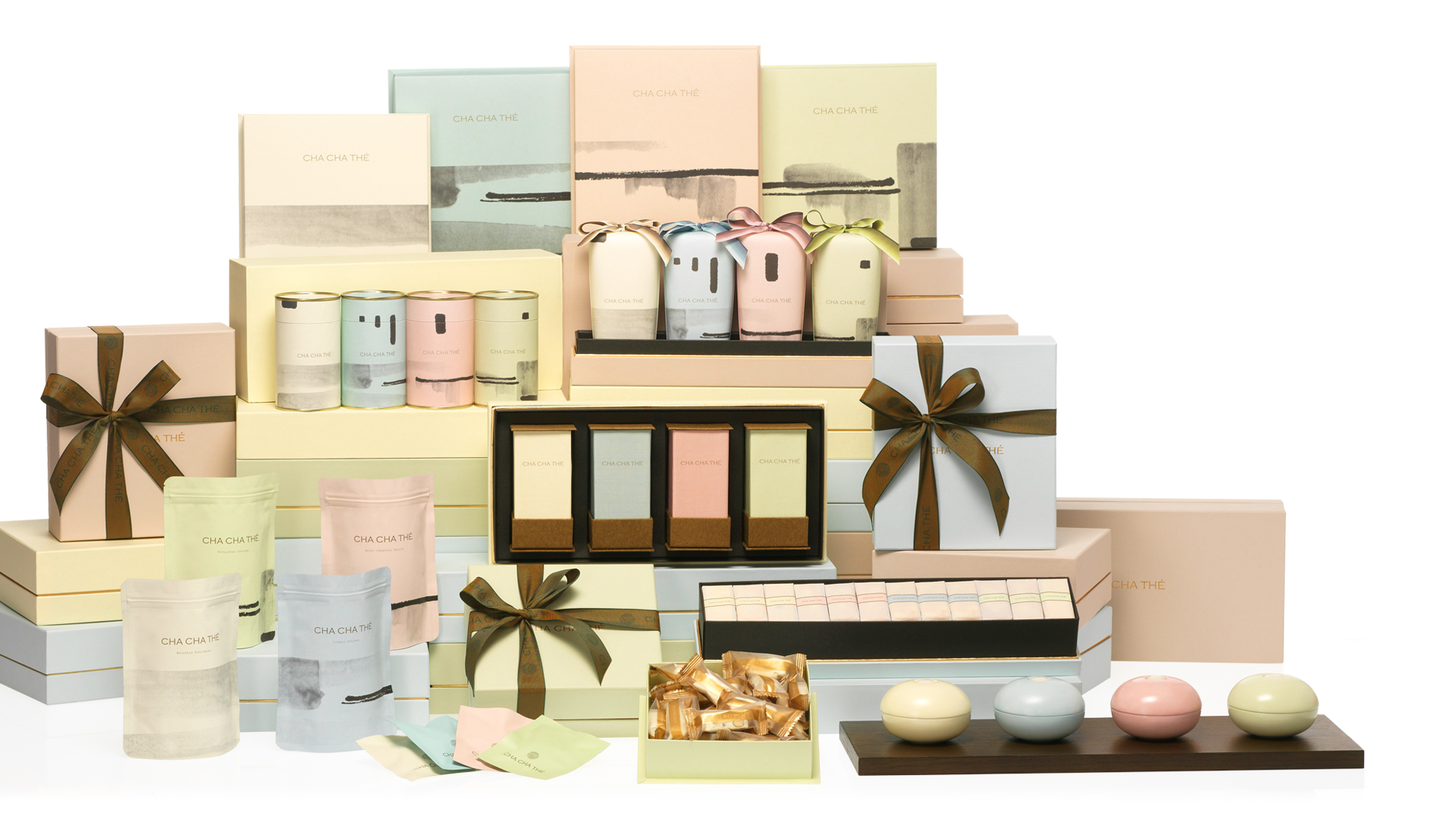 back to front page
Scroll to top